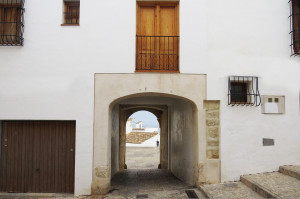 Calle Fondo Street: The house at nº 8 Calle Fondo maintains its original 18th century site, united to the town wall with out any type of perforation. An oven from the times of the town’s foundation, discovered at nº 5 in Calle Concepción may also be of interest.